All your favorite flavors of a delicious caramel apple are in this easy to make apple cinnamon puppy chow drizzled with hot carmel. It’s so addicting, it’s going to be your new favorite fall snack! 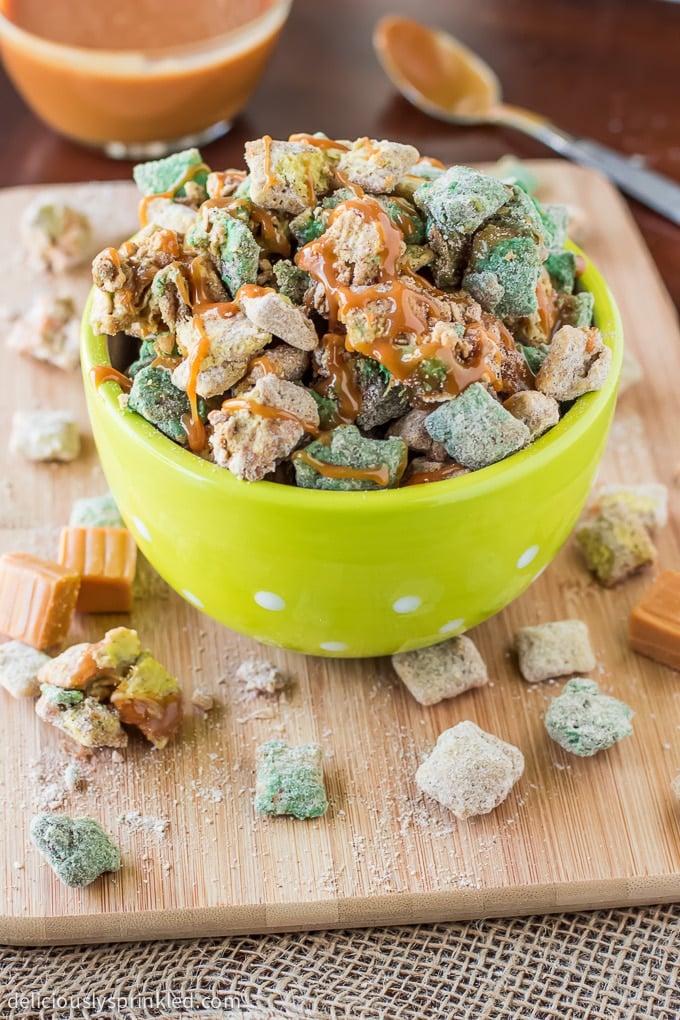 I’m so EXCITED! Not only is it my birthday next month but my favorite “baking” season is knocking on the door…Fall! It’s my favorite time to bake; I can’t wait to share all my favorite apple, pumpkin and cinnamon recipes with all of you in the upcoming months.

So let’s kick off the best season of the year with my favorite  Caramel Apple Puppy Chow (or muddy buddies). No matter what you call it, I know we all are going to agree that this is one delicious snack! 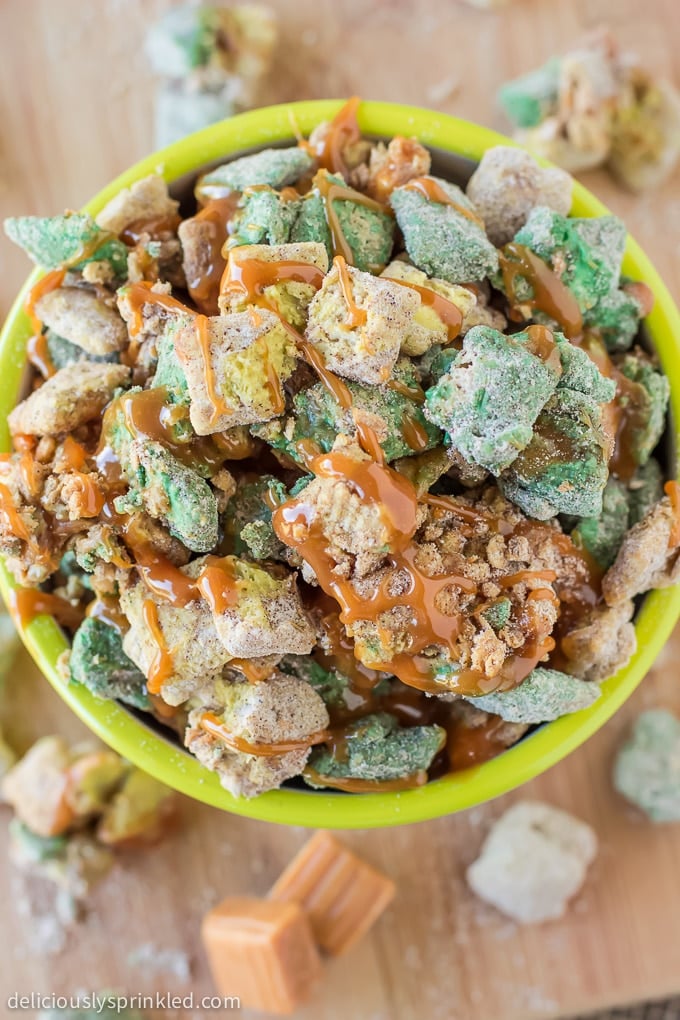 This caramel apple puppy chow is super easy to make. The ingredients are simple, all you will need is Chex Apple Cinnamon cereal but you can also use regular Chex cereal ( you puppy chow just won’t be as cinnamon-y but it still will be really good). You will also need green and lime green candy melts ( you can find them at Wal-mart or any craft store), vanilla cake mix, ground cinnamon, and some granola ( I used cinnamon granola but plain granola works perfect too) lastly, some hot caramel topping ( I used Smucker’s Hot Caramel Topping) to drizzle on top of the puppy chow.

Mix it all up and you will have a delicious snack to enjoy while watching your favorite football team or (if I had kids, maybe someday…) as a super fun after school snack! 🙂

Here is how to make this Caramel Apple Puppy Chow:

*You could also use regular Chex cereal, it just wont be as cinnamon-y.

* Store covered in an air-tighter container for up to 3 days.

Make one of my favorite snacks next… Lucky Charms Munch! 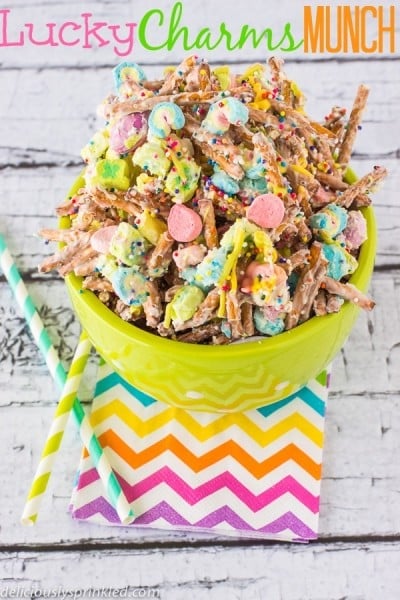 Check out these delicious Snack Recipes…