These easy to make Strawberry Cinnamon Rolls are perfect for a quick breakfast! 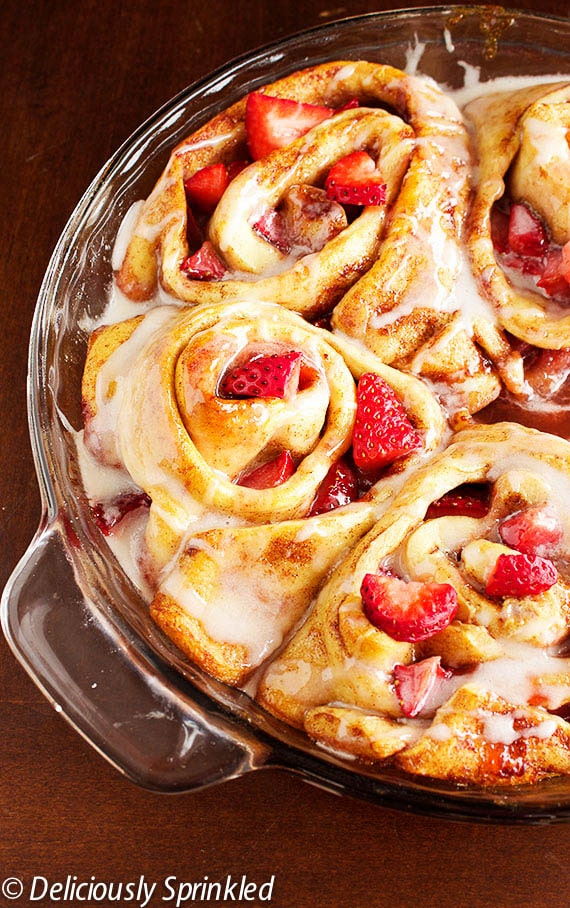 The best mornings are the ones that start with the smell of cinnamon floating through the house. At least, I think so. Today, I made traditional cinnamon rolls, with a twist, and the best part is they take less than 30 minutes to make. No need to wake up early! 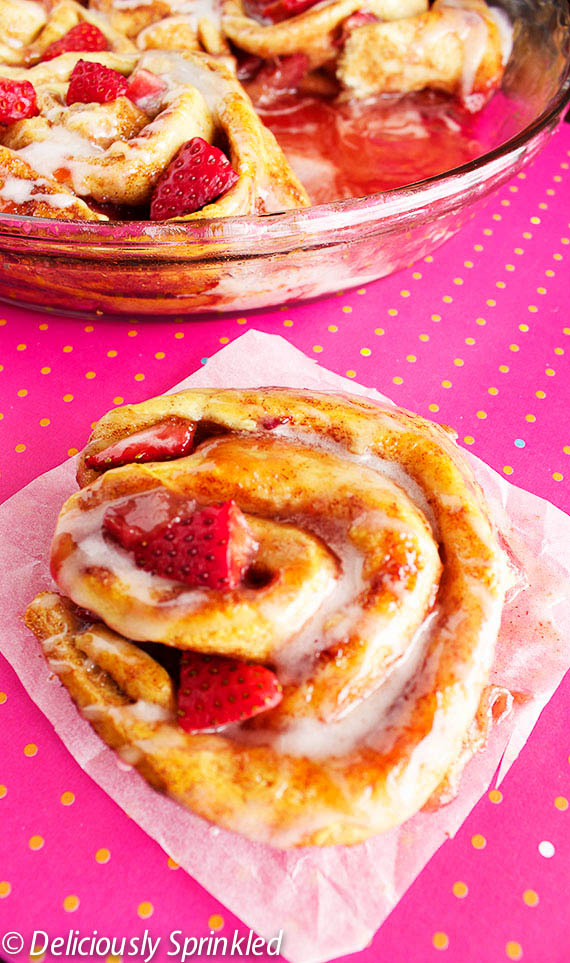 I will defiantly make these “homemade” cinnamon rolls again. You could add anything you want to them to make your own cinnamon roll creation, thanks to Pillsbury Cinnamon Rolls!

Unroll the cinnamon rolls and press together the seams. Spread with strawberry jam and sprinkle with chopped strawberries. Make sure to not go all the way to the edge. Gently roll up the cinnamon rolls. Cut into 5 even slices. Place in a glass pie plate.

Check out more of my delicious Breakfast Recipes….

And make this Cinnamon Roll Funfetti Cake next, you will LOVE it! 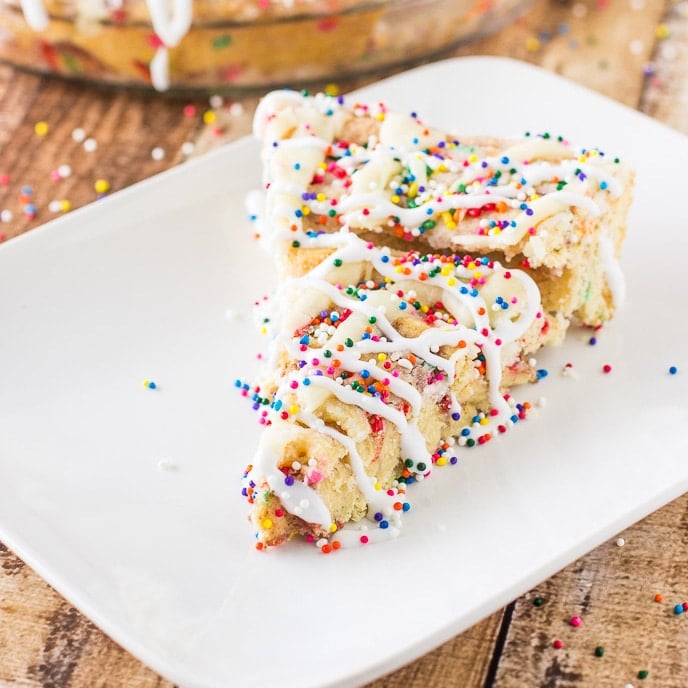