If you’re looking for a delicious french toast breakfast that everyone will love, you are going to LOVE this easy french toast bake recipe. The cinnamon streusel topping makes it the absolute best recipe EVER!! 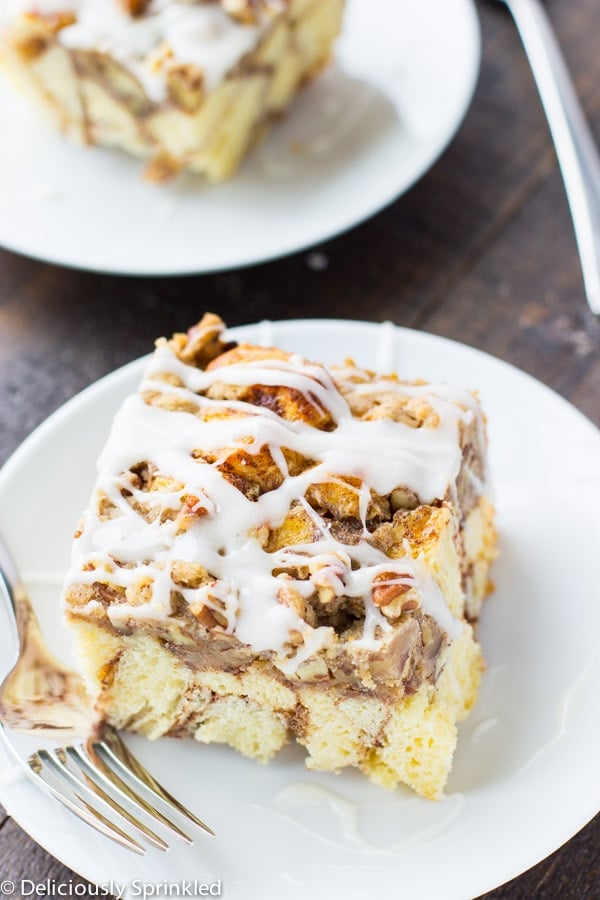 This is the EASIEST breakfast that will feed your whole family that is so delicious! This easy french toast bake recipe is my favorite breakfast to make when we have guests over. It’s so simple to make and I can even make it the night before so I don’t have to get up early to make breakfast.

The cinnamon-pecan streusel topping is to DIE FOR! It gives the french toast that extra something-something, everyone always says the topping is what really makes this french toast bake over the top delicious.

You can make this french toast bake in SO MANY ways! I’ve made a variation by adding apples to it and this Apple Streusel French Toast Bake is our go to Thanksgiving morning recipe!

You can also switch it up a bit by trying a different flavored creamer instead of the vanilla! I bet it would taste so good with seasonal flavors like pumpkin or smores! Just make sure not to throw away the icing that comes with the cinnamon rolls, that’s what you will use to drizzle on top once it comes hot out of the oven. 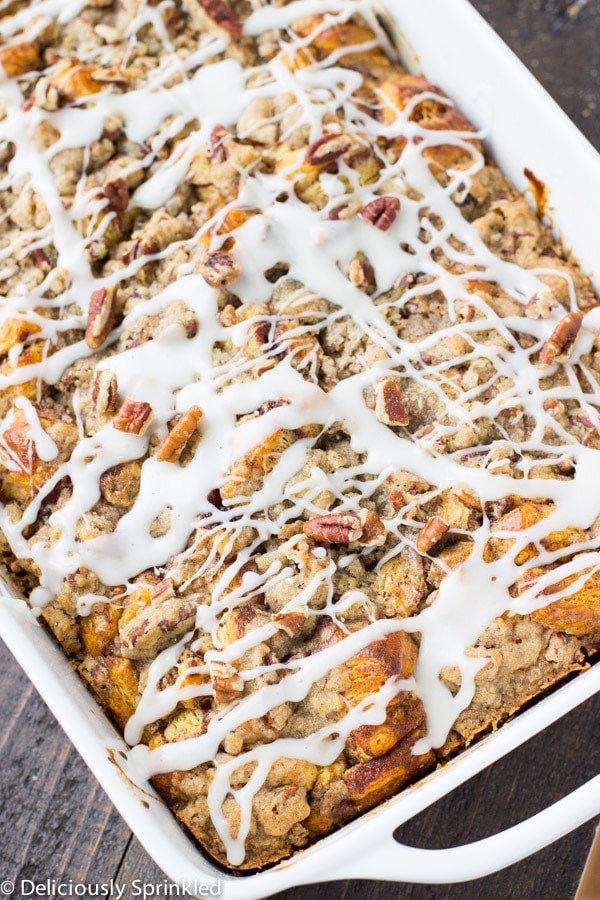 HOW TO MAKE FRENCH TOAST BAKE

Scroll down for a step-by-step printable recipe for this easy french toast bake! 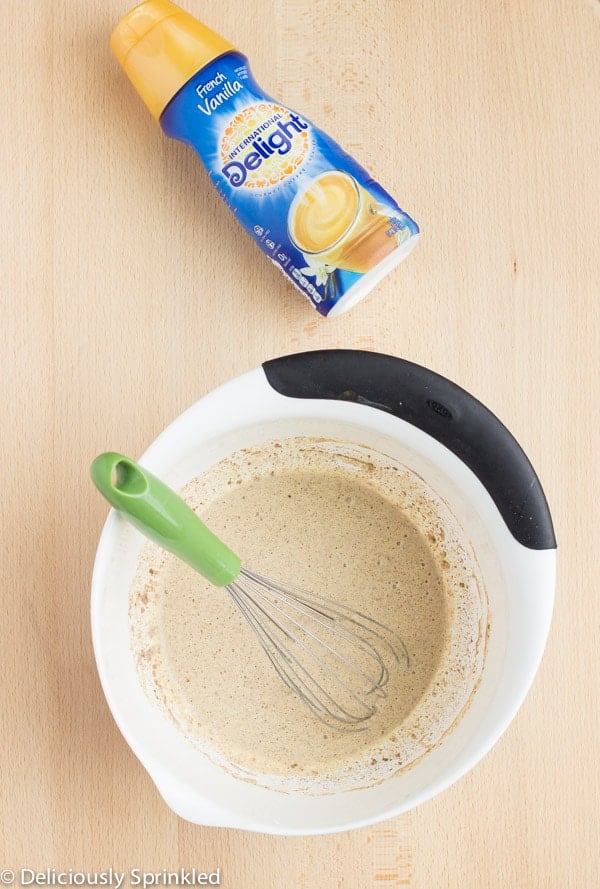 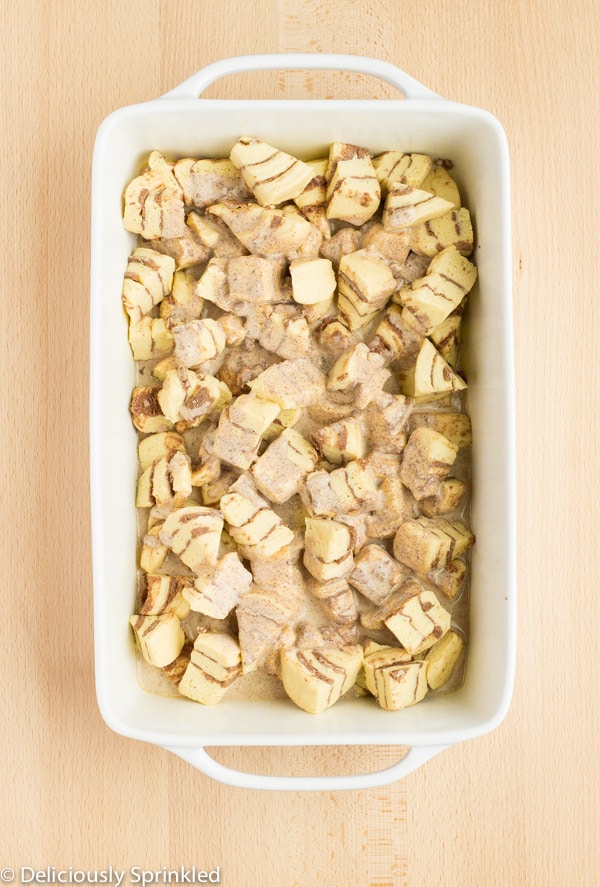 CAN I USE MILK INSTEAD OF CREAMER?

You could! Creamer is a bit different than milk so you may end up with a different result. I suggest adding some sugar and vanilla if you’re in a pinch.

DO I HAVE TO USE FLAKEY GRANDS?

WILL MY FRENCH TOAST BAKE COME OUT SOGGY?

It shouldn’t! So long as you don’t have too much dairy liquid, it will come out quite delicious.

CAN FRENCH TOAST BAKE BE REHEATED?

It sure can! I put tin foil over the top so the top doesn’t burn.

CAN I MAKE THIS FRENCH TOAST BREAKFAST AHEAD OF TIME?

Absolutely! I love that you can make this french toast bake the night before. Just cover it and place it in the refrigerator, then in the morning bake it and you’ll have a delicious breakfast. 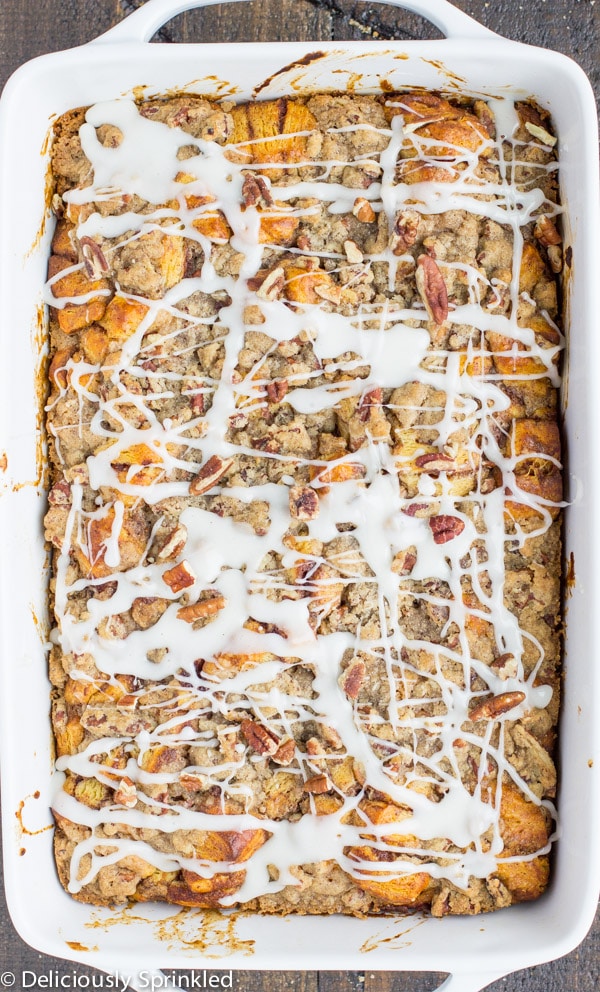 If you have tried this French Toast Bake recipe, then please rate it in the recipe card and let me know how it turned out in the comments below!

STEP 2: In a large bowl, whisk together eggs, creamer, flour, cinnamon and vanilla extract. Set aside.

STEP 4: Pour egg mixture over top of cinnamon roll pieces. Make sure that each piece is generously coated in egg mixture.

This blog post contains affiliate and/or referral links, which pay me a small commission for recommending my favorite products at no extra cost to you! Additionally, as an Amazon affiliate, I earn from qualifying purchases. 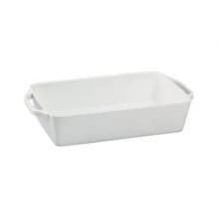 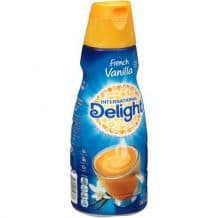 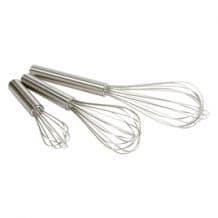 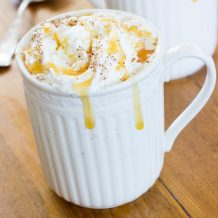 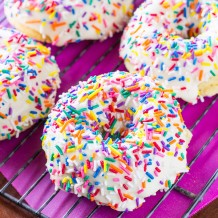 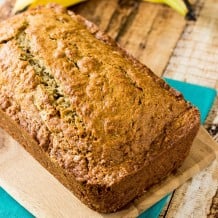