These delicious Baked Pumpkin Donuts with Cinnamon Glaze are perfect along side a cup of coffee on a cool, crisp fall morning. 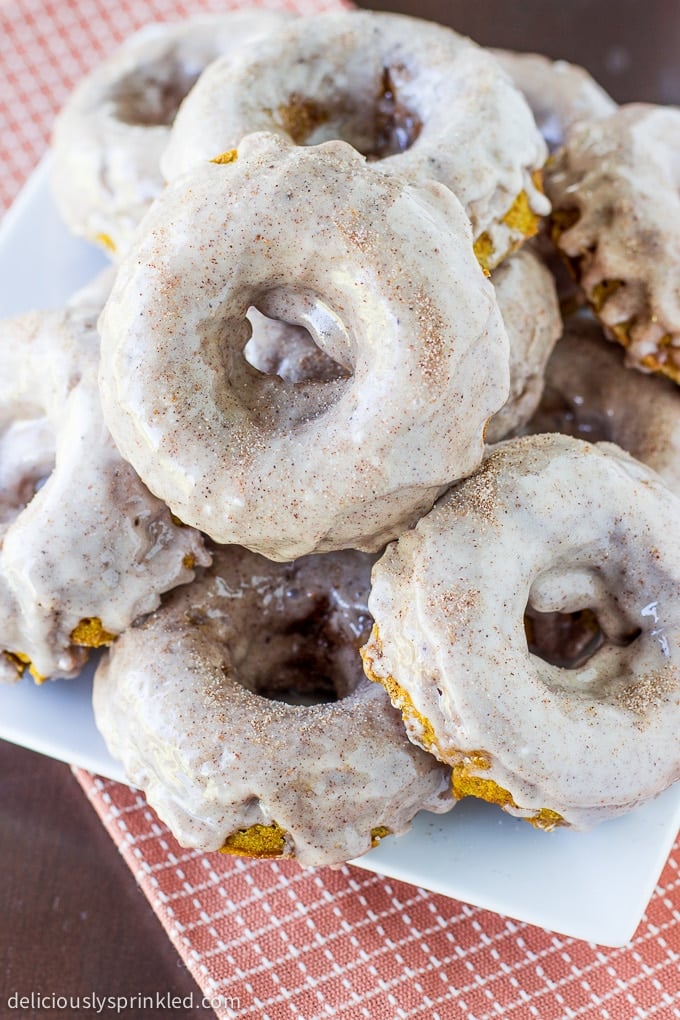 When it comes to breakfast, I just love a good donut. Don’t you!? My all time favorite donuts are the ones with sprinkles on top but my second favorite kind of donut are definitely these delicious baked pumpkin donuts with cinnamon glaze.

And these donuts are baked, which means they’re healthier for you, right!? Well that’s what I tell myself so that I don’t feel guilty about having more then one of these delicious pumpkin donuts. 😉 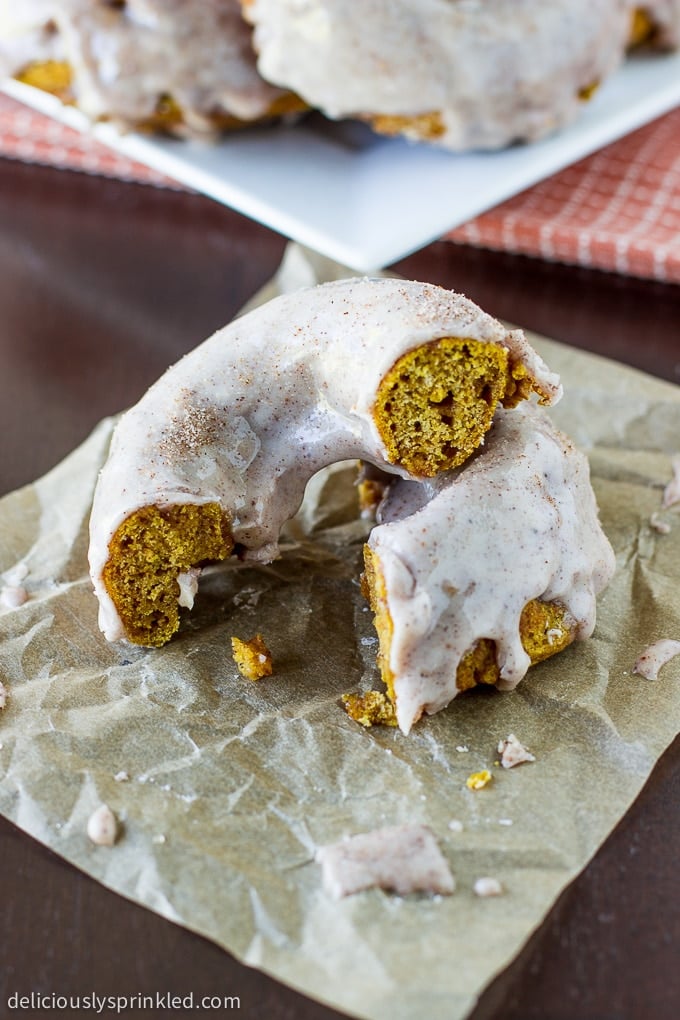 A couple of tips for baking these donuts:

Step-by-step on how to make these delicious Baked Pumpkin Donuts with Cinnamon Glaze:

Using a cookie scoop, scoop pumpkin donut batter into each donut mold  (about two scoops of batter for each donut mold). Using a the back of a spoon, spread the pumpkin batter evenly into the donut mold (see Step 4 image above).

Bake donuts for 6-8 minutes or until the donuts spring back when touched. Allow to cool completely before topping each donut with cinnamon glaze.

This Pumpkin Spice Smoothie goes perfect with these donuts!

Check out these delicious Pumpkin Recipes… 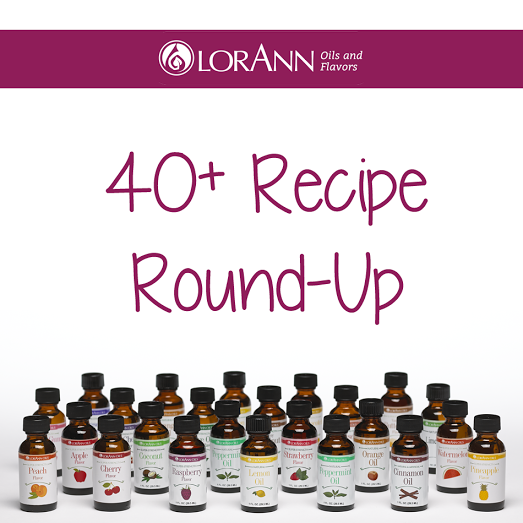 Strawberry Fudge from The Stylish Nest

Sink Freshening Tabs in a Snap from Christina, Plain and Simple

White Chocolate Key Lime Shortbread from It Bakes Me Happy

Princess Sand Tarts from Diary of a Recipe Collector

Pumpkin Cheesecake Mousse from Confessions of a Cooking Diva

Salted Caramel Meringue Cookies from The Bitter Side of Sweet

from I Love my Disorganized Life

Maple Macadamia Nut Bread Pudding from Awesome on $20 a Day

Cranberry Cheesecake Bites from Lady Behind the Curtain

Pumpkin French Macarons from Sweet and Savory by Shinee

*Disclosure: I was not compensated for this post, however I did receive a sample for my review. All opinions are 100% my own and not influenced in any way.