This delicious Apple Chips Snack Mix is the perfect sweet & salty snack for fall and it’s super simple to make! 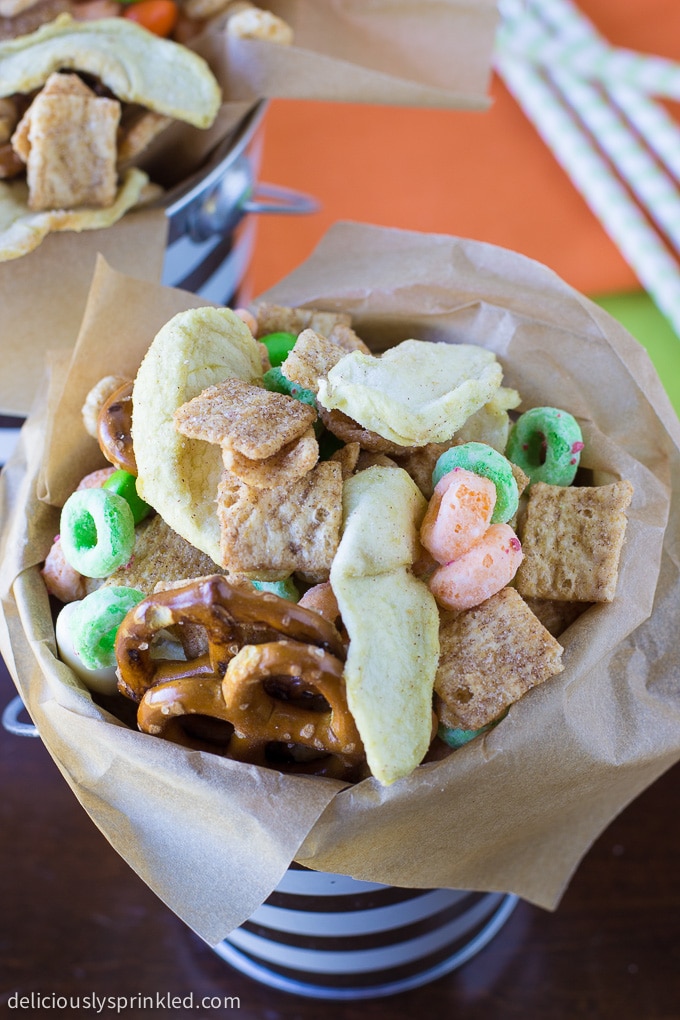 It doesn’t get much better then this Apple Chips Snack Mix which has all the flavors you love about fall. This snack mix is loaded with the sweet flavors of apple cinnamon, along with a salty kick from the peanuts and pretzels making this a tasty and nutritious sweet & salty snack for fall or anytime of year.

It’s incredibly easy to make, all you need is a large bowl to combine the dried apple chips, cinnamon flavored cereals, pretzels, peanuts, apple-cinnamon Cheerios, yogurt-covered raisins and green apple Skittles for a sweet kick of apple flavor. Trust me, you wont be able to stop eating this delicious snack! 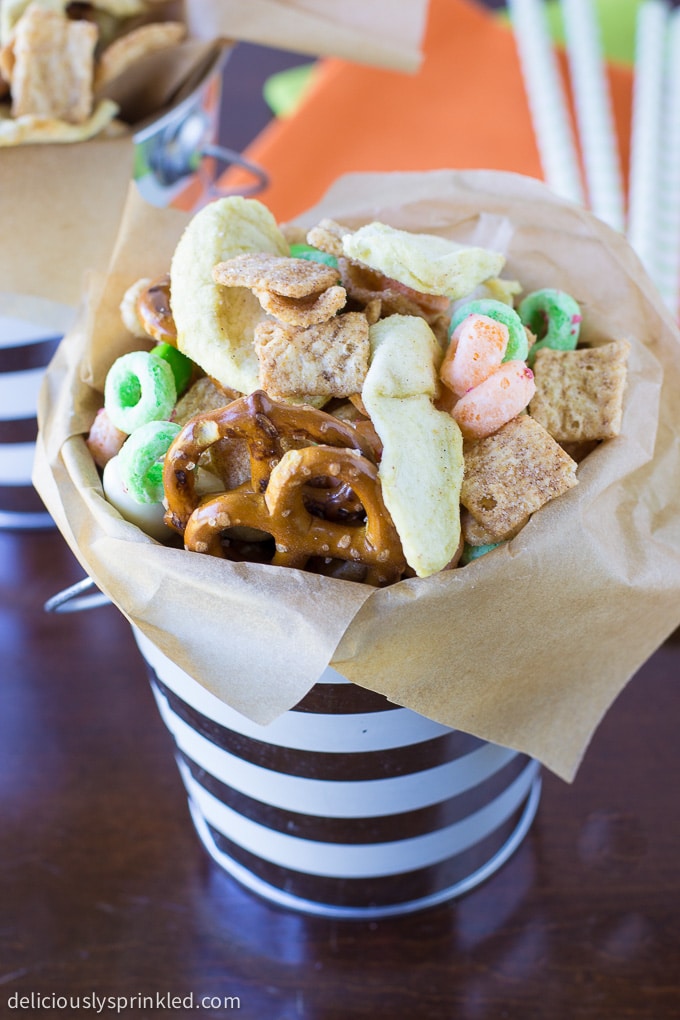 Serve in large bowl or scoop snack mix into small storage bags for a fun, easy to grab snack at a party.

**Store in an airtight container up to 7 days. 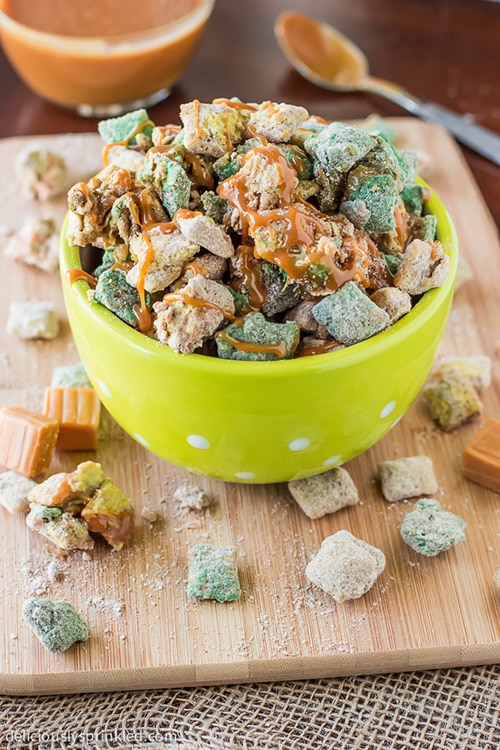 Check out my other delicious Apple Recipes…